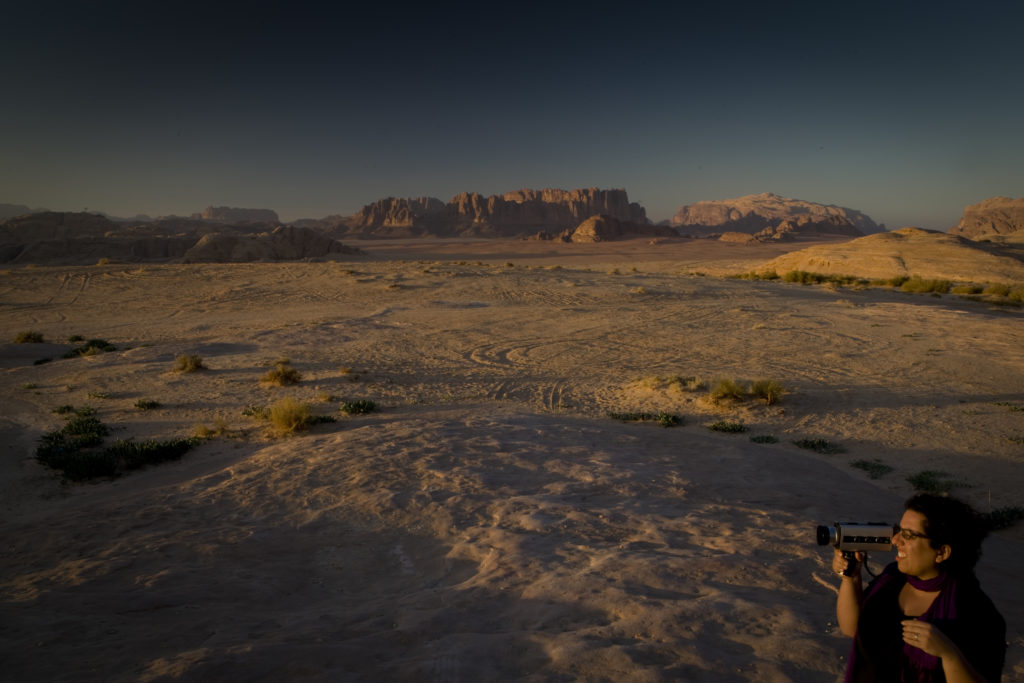 Born in Tehran, Tina Gharavi is a BAFTA-nominated, award-winning TV and film showrunner and director initially trained as a painter in the United States later studying cinema in France. Her debut feature, I Am Nasrine, a coming of age story of two teenage Iranian refugees, was nominated for a BAFTA in 2013. The film received 4 stars from Peter Bradshaw in The Guardian calling it, “A valuable debut, shot with a fluent kind of poetry” while Deborah Ross in the Spectator described it as “affectionate, humane, tender and ultimately, optimistic.”

Gharavi has made films from unique perspectives on subjects as diverse as Muhammad Ali, teenage sexuality, Yemeni-British sailors, The Lackawanna 6, death row exonerees, refugees and lighthouses. Her first short, Closer, a 35mm film was an official selection at Sundance where programmer, Shari Frilot, noted that ‘it takes documentary to the next level.’ Gharavi’s next major production chronicled her return to her mother’s house in Iran, 23 years after the Islamic Revolution. The resulting film, Mother/Country, was broadcast at prime time on Channel 4 in the UK where the national press gave it top billing. Further works such as The King of South Shields and People Like Us deal with “the outsider” and her work often explores the issues of strategies of power and “who speaks for whom.”

Since leaving Iran in 1979 she has been a true nomad; carrying no less than 4 passports she resides in Northern England and Los Angeles where she is working on her follow-up feature, The Good Iranian, with the BFI and Film 4; a gangster tale set in Europe and Iran, and a biopic about the Persian modernist poet, Forough Farrokhzad… and a further feature documentary about tribalism and othering, Tribalism is Killing Us. She recently worked directing on the high-end drama, The Tunnel, the UK version of The Bridge, and a Netflix series for Nutopia/Westbrook on the life of Cleopatra. Currently she is developing and showrunning a returning episodic TV series, Refurinn (The Fox), an Icelandic Noir with a British twist in collaboration with partners Kidda Rock and Steinarr at Polarama in Reykjavik.

Gharavi was elected into the BAFTA Academy in 2017 and is represented by Laura Rourke at Independent Talent in the UK and Sean Barclay at Gersh in Los Angeles.